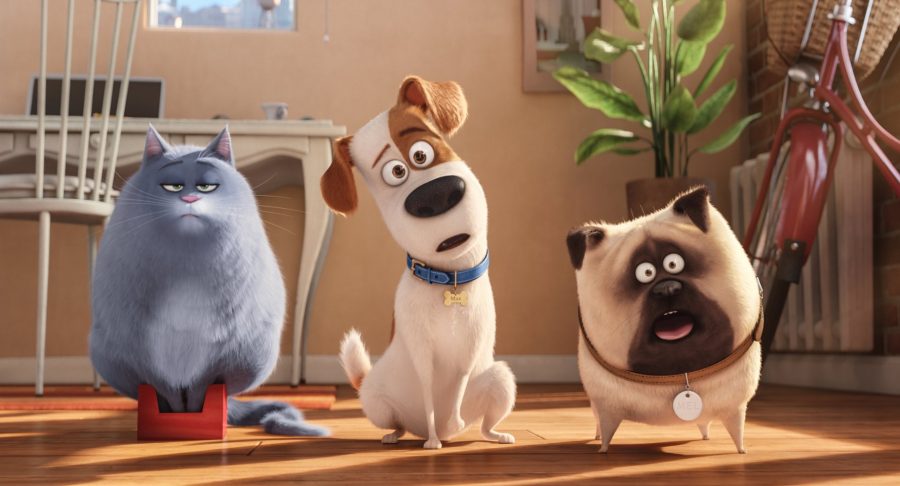 Chloe (voiced by Lake Bell), Max (Louis C.K.), and Mel (Bobby Moynihan) are the three of the stars in " The Secret Life of Pets".

Have you ever wondered about what your furry family members do when you leave your apartment or house? In “The Secret Life of Pets,” you find out!

The story follows “Max,” a loyal dog who loves his owner, Katie, but when an oversized mutt named Duke is brought into the family things get ugly. From the moment Max sees Duke, it is not love at first sight. Next thing you know, they are lost on the mean streets of New York, mugged by alley cats and struggling to get back to their home.

Meanwhile, they are forced into a rebel gang of animals who were abandoned by their owners. Snowball, Ripper, and Tattoo are some of the characters who take part in welcoming the “newcomers.” When Duke and Max join unwillingly, they have an initiation with a 12-foot-long python, so they have second thoughts! It’s a race to get outta there! At the same time, the crew back at the apartment building sets out trying to find the two lost dogs.

It’s all adventure and dream sequences from there on. Funny moments are peppered throughout this busy film with one or two sentimental scenes. Although you wouldn’t think this movie would have dark moments by its trailer, but it does and maybe too many. I mean, we know that Snowball is dark and crazy already!

“The Secret Life of Pets” is good for 4-year-olds and up. It will keep the kids’ attention with a fast pace, cuteness, and crazy bunny scenes. As for parents, they can share a giggle along with their kids, too!