Cast of “The Sound of Music” tells about their favorite things

After Boston run at Boch Center, the musical will head to Arkansas, Ontario, Texas, and Florida 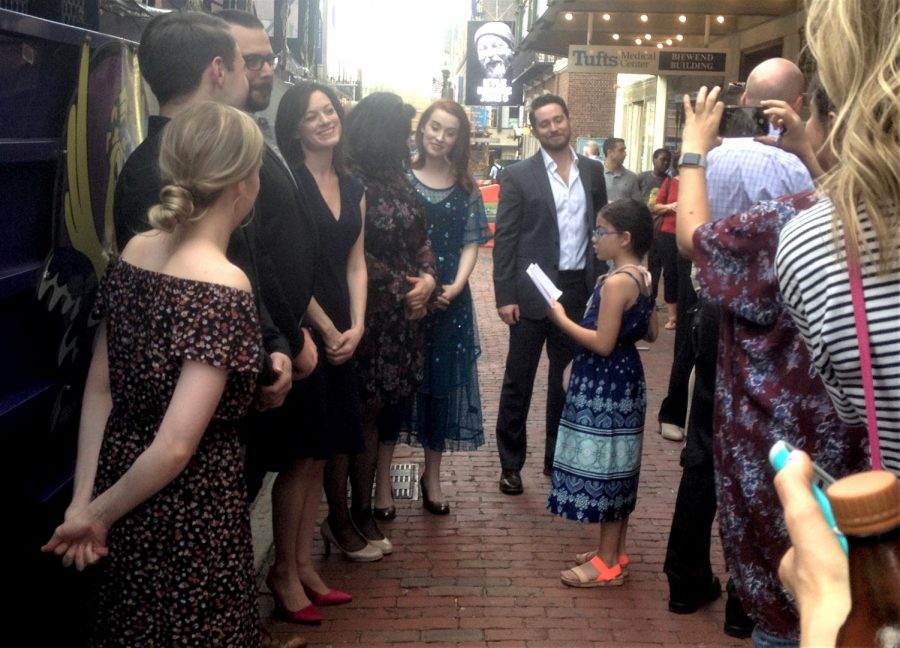 A reporter from the Cunniff Kids News asks questions of the cast of "The Sound of Music" before its May 2, 2018, show at Boch Center / Wang Theatre in Boston.

Forget about “Shrek” and forget about “Annie,” there is a new musical going on at the Boch Center, “The Sound of Music!”

The hills come alive in Boston from May 1-13, 2018. The national touring company will move to Arkansas, Ontario, Texas, and Florida. It is the musical of the beautiful songs such as “Sixteen going on Seventeen,” “My Favorite Things,” the title song, and everybody’s favorite “Edelweiss.”

I interviewed seven of the actors from the show before the May 2 show. I spoke with the actors who play Liesl, Rolf, Max, Elsa, Mother Abbess, Captain Von Trapp, and, most importantly, Maria. These are the questions I asked.

Question: “What is your favorite part in “The Sound of Music” musical?”

Answer by Liesl (played by Keslie Ward): “Being on stage with Rolf.”

Question: “How did you feel when the director or producer asked you to be a part of the play?”

Question: “How do you think you’re going to feel when you perform tonight?”

Question: “If you could act any other person except the person you playing right now who would it be?”

Answer by Elsa (Melissa McKamie): “I would want to act out Mother Abbess.”

Question: “What is your favorite song in the musical ‘The Sound of Music’?”

Question: “When were you introduced to ‘The Sound of Music’ musical?”

Answer by Captain von Trapp (Mike McLean): “When I was really little.”

Question: “If you could go back in time to meet one of the original actors in the movie who would it be?”

Answer by Maria (Jill-Christine Wiley): “I would want to meet the actor playing the role I’m playing right now, Maria.”

(For more information or to buy tickets for the national touring production of “The Sound of Music” go to http://thesoundofmusicontour.com/.)