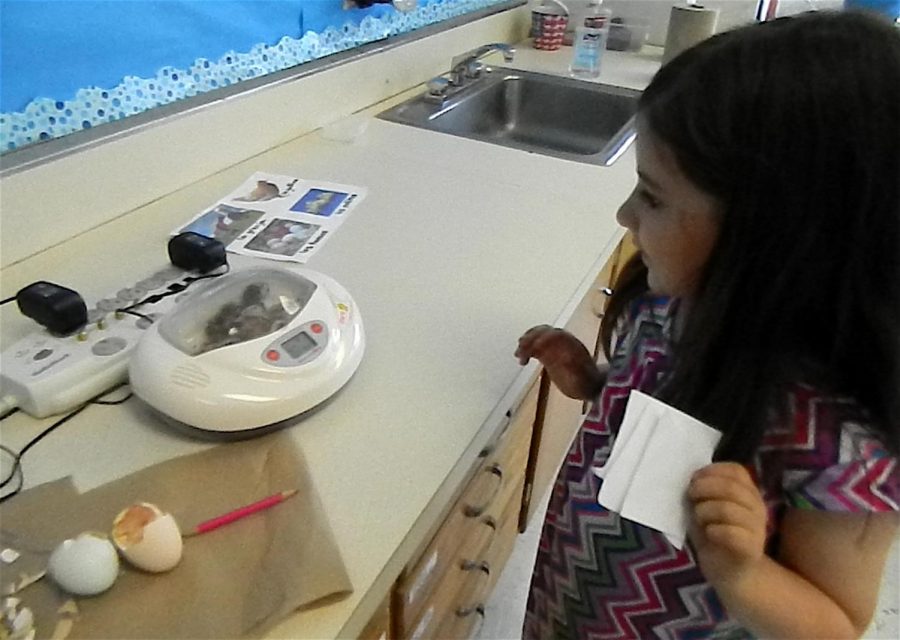 The reporters from the Cunniff Kids News visited the chicks in Mrs. Munger’s third-grade classroom in Cunniff Elementary School in Watertown, Mass. There were already four chicks that hatched out of the six eggs. All the four chicks hatched Tuesday, May 15, 2018.

All the chicks are in incubators.

The first chick needed Ms. Munger’s help to get out, so she helped get the chick out of its shell. The other three chicks were all in the same incubator and they all got out on their own.

The newest-born chick was still a little wet from being born very recently.

The other chicks will soon be named.

Next to the incubators, there were cracked eggshells from the new chicks. Inside of the shell was a little red.

The students at the Cunniff just can’t wait to see the other two eggs hatch!